These schools lacked furniture.  The pictures show Zawiyatul which has 158 pupils, and Jonshegu which has 90 pupils but had only 20 dual desks.  The Headteachers Mr. Issah and Mr. Iddrisu requested help in purchasing more desks.  Our representative in Tamale, Salifu Baaku, visited the schools and supported their requests. They suggested hard-wearing metal desks.  GSA sent a grant of £870 for the construction of 50 dual desks.  The pictures show the situation before the desks were delivered.  We await a report on how the pupils get on with them as sitting on metal in a hot climate would not be everybody’s cup of tea!

Big boys, 3 to a desk, Jonshegu 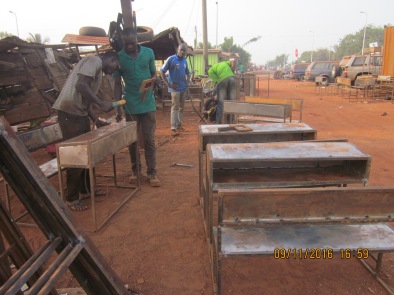 UPDATE  February 2017  Flush with the success of the metal desks, we have agreed a further grant of £600 for the provision of teachers’ tables and chairs and cupboards for storage.

UPDATE  May 2017  Here is an extract from a letter received in April from Headteacher Sumani Issah: The school initially faced with furniture challenges which your good organization solved for us.  As Oliver Twist asks for more, we tendered in an application for teachers’ tables and chairs as well as school cupboards.  Your good organization gave us ten tables and chairs and 6 cupboards. …

Thanks and blessings followed (ed).  And we have some pictures: 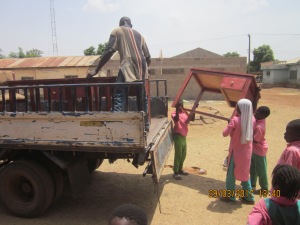 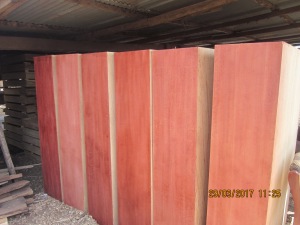