GSA has given grants to both Abonse Basic School and to Aseseeso Junior High School, two neighbouring schools in the Eastern Region, each of which has a partner in the UK.  The progress of both links is monitored by GSA trustee and committee member Letitia Boateng.  Letitia is also a member of the Abonse-Aseseeso Citizens’ Association, a diaspora group which gives active and valuable support to schools partnered with their communities of origin.

During a visit to the UK in the summer of 2013, Letitia was a guest of John O’Gaunt Community Technology College, Hungerford, Aseseeso Junior High’s partner, as well as Figheldean Primary School near Salisbury, partnered with Abonse Schools.  John O’Gaunt was celebrating its 50th anniversay, and part ofthe school’s history exhibition was a display of their link with Aseseeso.  Around the school, signs of the link’s influence could be seen from wall art and drums to recipes and a celebratory quilt made in the Textiles Department.    Such shared proof of the mutual benefits of linking gives pride and confidence to students and staff in both countries.

UPDATE       Letitia reports good progress made with the plastering.  The outstanding work is the need to rebuild the verandah at the back of the classroom block, which can house offices beneath it.  A grant of £500 was agreed in principle for this, but an estimate is needed before it can be released.  Patrick, the Abonse Head-teacher, came to the UK in October 2013 to visit the link school, Figheldean School.  He observed lessons and took teaching resources back to Abonse.  The challenge is to keep the link going now that British Council funding for it has ceased.

UPDATE        We received the estimates for completing the building of a veranda with storage area beneath it, and voted £1000 to this project.

UPDATE MARCH 2016   Abonse is in the hills of the Eastern region near Akropong, and as a rural village, has a basic school on two sites that consists of a Kindergarten, a Primary and a Junior High School. The photos are of students in the JHS library, developed with voluntary help over the past five years, and of a primary class exploring books in their classroom.  The third picture is of a drama presentation. 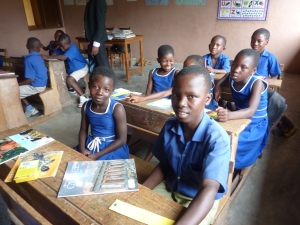 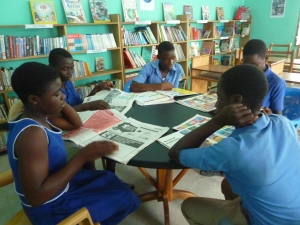 UPDATE February 2017  The big Abonse school project is near completion.  There is still some plastering, painting and the installation of protective railings to do.  GSA has awarded the school a grant of £1500 to complete this work.  We wish them well.

UPDATE  May 2017  Here are some recent pictures of the work.  We can see what a huge difference that veranda will make to ease of circulation in the school. 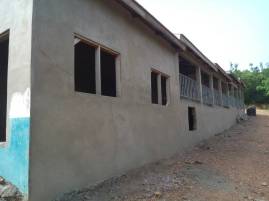 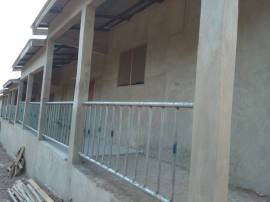